CNN)Your “BPA-free” plastic product may be no safer than the product it replaced, says a new UCLA study that analyzed the impact of a common BPA alternative on zebra fish embryos. The study joins a small but growing group of similar research sounding the alarm about so called “BPA-free” alternatives.

“Our findings are frightening and important,” said senior author and reproductive endocrinologist Nancy Wayne. “Consider it the aquatic version of the canary in the coal mine.”
After decades of animal research linked BPA (Bisphenol A), a known endocrine disruptor, to problems with brain and reproductive development, early puberty and a rise in breast and prostate cancer, many manufacturers stopped using the chemical to harden plastics, replacing it with “BPA-free” alternatives. The most common replacement is BPS (Bisphenol S), said Wayne.
Wayne and her colleagues exposed zebrafish to low levels of both BPA and BPS, and looked at the impact of the chemicals on genes and brain cells that control reproduction. Zebrafish have often been used to study the impact of plastic additives because their transparent embryos allow scientists to see and monitor cell growth.
“Our research showed that low levels of BPS had a similar impact on the embryo as BPA,” Wayne told CNN. “In the presence of either BPA or BPS, embryonic development was accelerated. Additionally, BPA caused premature birth.”
In addition to the effect on estrogen, the study also found both BPA and BPS affected the thyroid hormone system. “Because of thyroid hormone’s important influence on brain development during gestation,” said Wayne, “our work holds important implications for general embryonic and fetal development, including in humans.”

In a 2013 study, Texas researchers found that as little as one part per trillion of BPS couldinterfere with the normal functioning of a cell, in some cases leading to cell death. Another study of zebrafish, out of Canada, found BPA accelerated neural cell growth by 180% for fish exposed to extremely low levels; it was even worse for BPS — neural growth exploded 240%. As adults, the fish exposed to both chemicals showed significant signs of hyperactivity. 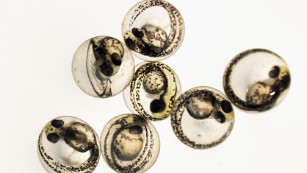 Another study, this time in rats, found BPS caused heart arrhythmia when given in doses equivalent to those humans usually experience. In a press release, study author Hong-Sheng Wang, said, “Our findings call into question the safety of BPA-free products containing BPS.”
“It’s all pointing in the same direction: BPS is not harmless,” said Wayne about the results of her study in connection with prior research. “Consumers should be cautious about the assumption that ‘BPA-free’ means a product is safe.”
“This is a classic case of ‘regrettable substitution’ in which the replacement chemical is as toxic as the chemical it was replacing,” said Sharima Rasanayagam, director of science for the Breast Cancer Fund, which tracks environmental causes of breast cancer.
“The lack of transparency regarding the identity and safety of the chemicals used as BPA replacements makes it very difficult to assess the overall safety of the alternative,” said Rasanayagam. “It’s like jumping from the frying pan into the fire.”
The American Chemical Council (ACC), which represents BPA manufacturers, disagreed with the UCLA study’s findings about BPA. “Many government bodies around the world have evaluated the scientific evidence on BPA and have clearly stated that BPA is safe for use,” the ACC said in a statement provided to CNN. “For example, the U.S. Food and Drug Administration (FDA) responded recently to the question, ‘Is BPA safe?‘ with one unambiguous word: ‘Yes.’ In comparison, the results of this new study on zebrafish provide little or no meaningful information to assess the safety of BPA.”
In 2012, the FDA banned the use of BPA in all baby bottles, sippy cups and infant formula packaging because the manufacturers had already dropped BPA in favor of “safer” alternatives. The agency says it’s continuing “in-depth studies to answer key questions and clarify uncertainties about BPA” in conjunction with the National Toxicology Program. The latest review reported by the FDA looked at more than 300 studies published between November 2009, and July 2013.
BPA is still available in many consumer products such as water bottles, food-storage containers and plastic tableware, as well as contact lenses, eyeglass lenses, compact discs, water-supply pipes, and some dental sealants and composites.
According to the Breast Cancer Fund, BPS has been found in “things printed quickly and at high heats,” such as body wash, hair care products, makeup, lotions and toothpaste, as well as some paper products such as flyers, tickets, mailing envelopes, airplane boarding passes and thermal receipts.
The Breast Cancer Fund recommends that consumers wishing to limit exposure to possible toxins in BPA, BPS and other alternatives use glass, stainless steel and food safe ceramic containers for food and water storage. They stress that it’s not safe to microwave in plastic. Other suggestions include using gloves to handle thermal paper receipts, and researching canned goods to find those that no longer use plastic liners.
Follow CNN Health on Facebook and Twitter.

The perfect gift for your favourite gal - our Chri

We're winter ready ❄️ To keep you warm on ch